Right Tank - Catching up to the left tank

The thing about wings is you have to do two of everything. Tonight I opened up the end rib and drilled the fuel pick up/access cover, countersunk the rivets around the baffle, installed the fuel cap and drain, as well as some other misc items on the right tank. Now I have to tanks that are 95% of the way ready for the pro-seal treatment..

Next step is to work on the fuel tank "trap doors" and just a couple more items on the tanks. Also, I decided to rivet the right leading edge before going onto sealing the tanks, freeing even more clecos and getting the little bit of satisfaction that comes with a finished part before diving into the tanks for good.  Plus this works out better in regards to timing of Thanksgiving which is next week.

I will talk more about the trap doors, but basically they allow fuel into the inboard fuel bay of the tank and slow its retreat out of that bay.  So if you are using the left tank, and turning left on final, you don't want all your fuel to run to the outside of the tank, away from the fuel pick up tubes..  Good idea right?  Also, if nothing else, this build has taught me something about piloting even in certified aircraft.  If both tanks are equal fuel, on approach, you should select the tank that is outboard of all turns (since most turns are always the same direction on any given approach).  i.e. the tank that is on the high wing so fuel is always running towards the pick ups.  ;-) 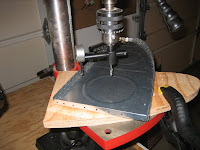 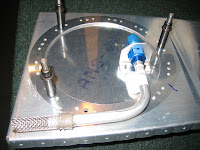 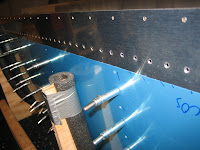 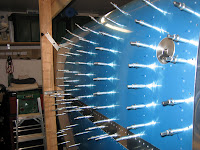