This decision is a tough one that all builders must make.  Luckily, like the landing gear configuration, I don't have to make this decision until I order the fuselage.  I am currently leaning towards:  Tip Up !

It seems to be pretty evenly distributed between what builders decide to go with.  I may change my mind, but really think that the visibility is worth it when you are flying.  On the ground, you can still open the tip up while taxiing, and I still think it looks good tipped up when the plane is sitting there.   The only think I won't get is being able to hang my arm out the window when taxiing.   Well, I think we are going to get Bekah a convertible car here pretty soon, so I can get all my hand hanging out done on the road.  Then I won't feel the need to hang it out of the airplane.  ;-)

The tip up is designed so that the back of the panel becomes completely exposed when it is up.  Providing great access to work on instruments...  I could build a modular panel to make it easier to work on the panel of a slider, but still more work and even such isn't as easy as the tip up.


Now I have only flown in a Tip Up RV.  The visibility was unbelievable, it felt like you were sitting on top of the engine and nothing else was there.   I would like to fly in a slider to gauge the difference that the front roll bar and post make, but I am thinking it will definitely distract at first.  I  am sure you get used to it and never see it, but still uninterrupted visibility sounds pretty good to me.

The only thing I want to look further into is how builders seal the front edge of the tip up, I understand if not careful, water can get in.  I live in Seattle and will be flying in the rain, need to avoid water entry as much as possible. 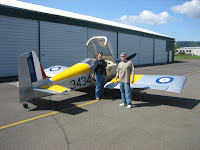 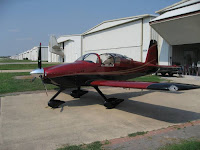