Trip to the Races 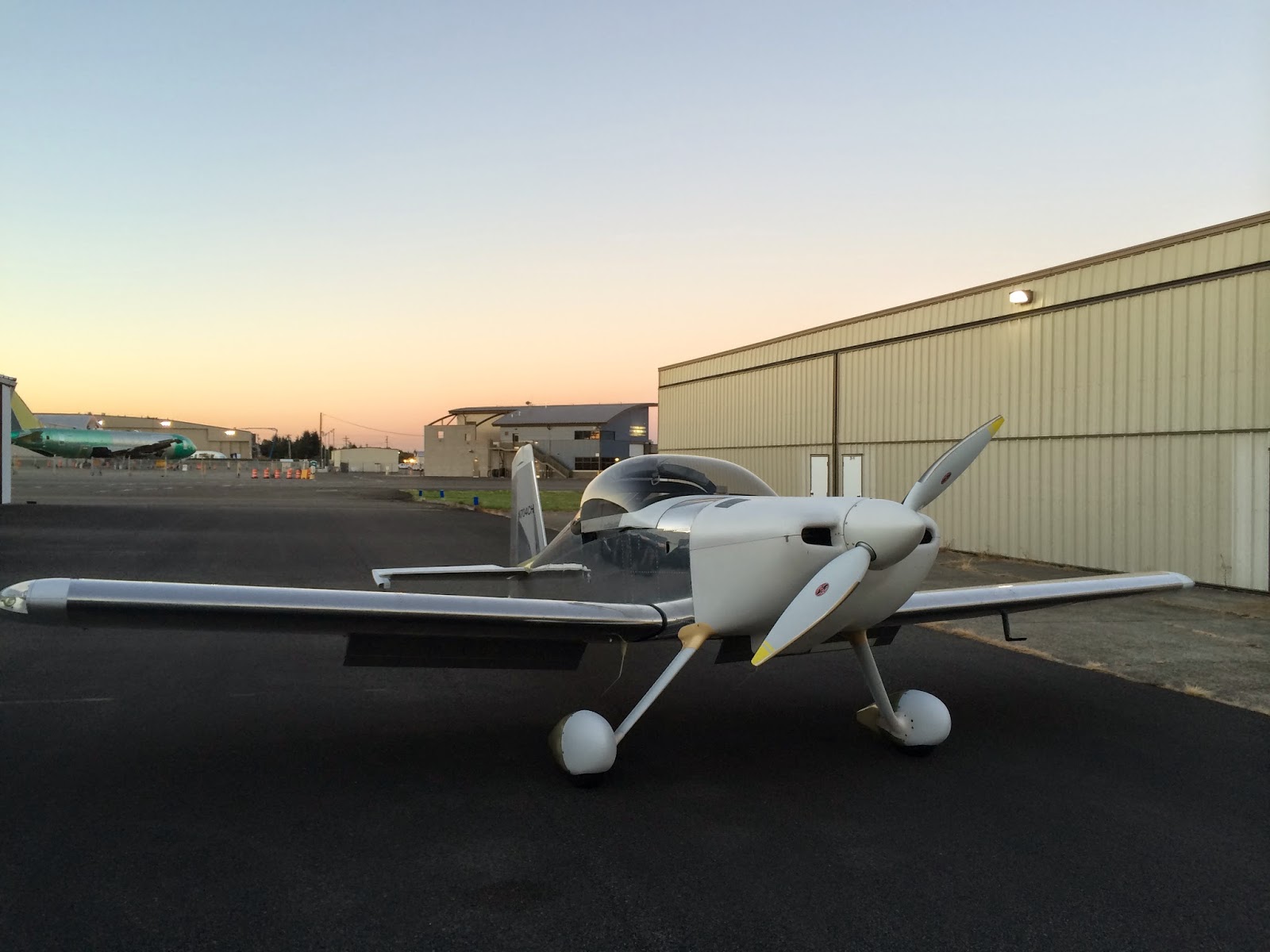 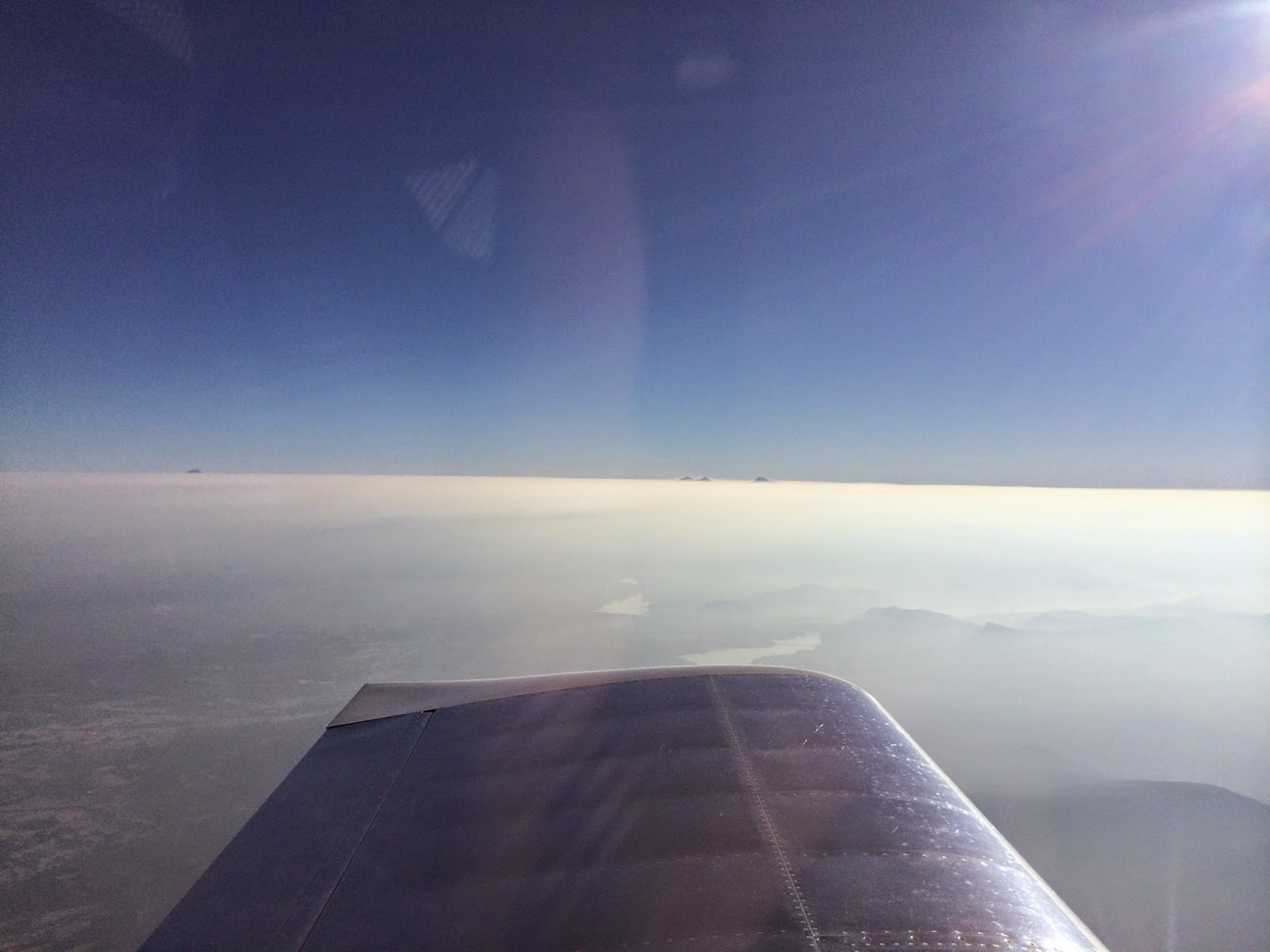 The summer of 2014 has been quite a summer full of flying.  The last big trip of the year was down to Reno for the National Air Races.  On this trip, I took a friend from work who had an in on some great box seats.  After watching weather all week and ending up with a great Friday morning, we opted for a 7:00 am departure.  I found out another VAF Friend was flying down from Puyallup on same day same time, so we coordinated flight paths.  He got off the ground before we did so was always about 40 miles ahead of us.  We were able to reach out and talk on air to air frequency the entire way.  That worked out great for us because he could provide visibility reports ahead which due to the amount of Forest Fire Smoke in the air around Crater Lake helped put our flight at ease.  Smoke is a different animal than clouds because it doesn’t have any visible boundary.  Flying into it, you can easily lose all visibility without even seeing it coming.  Luckily on the trip down we were able to stay on top of it for the most part, and still have enough visibility to see the ground directly below us.  Crater lake wasn’t very visible though which definitely was a bummer.  We made it to Reno in 3.5 hours with almost neutral winds.  Getting the rental car from the FBO and opting to skip the hotel check in till later, we were able to make it to the races by early afternoon hardly missing any of the Friday show. 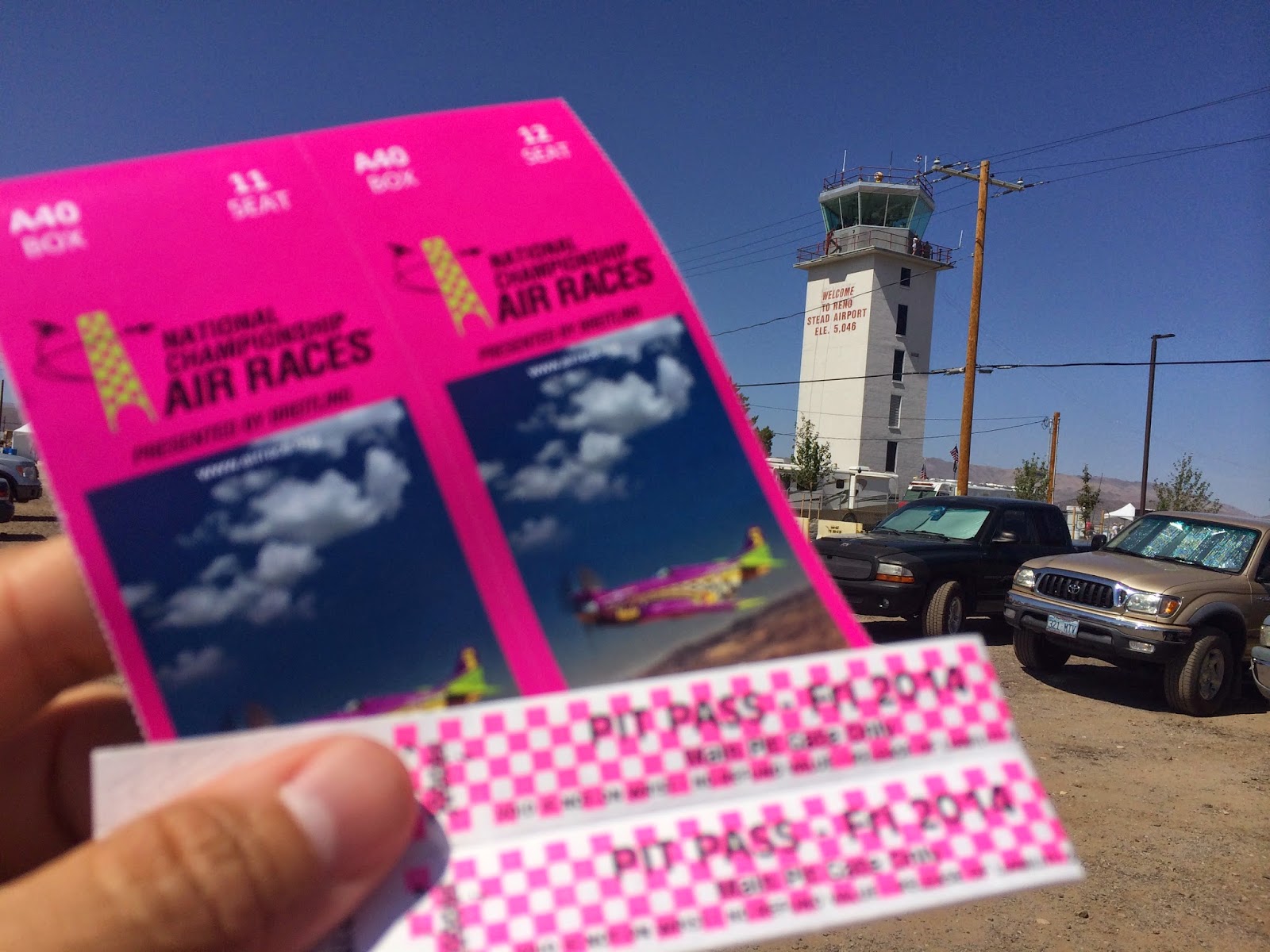 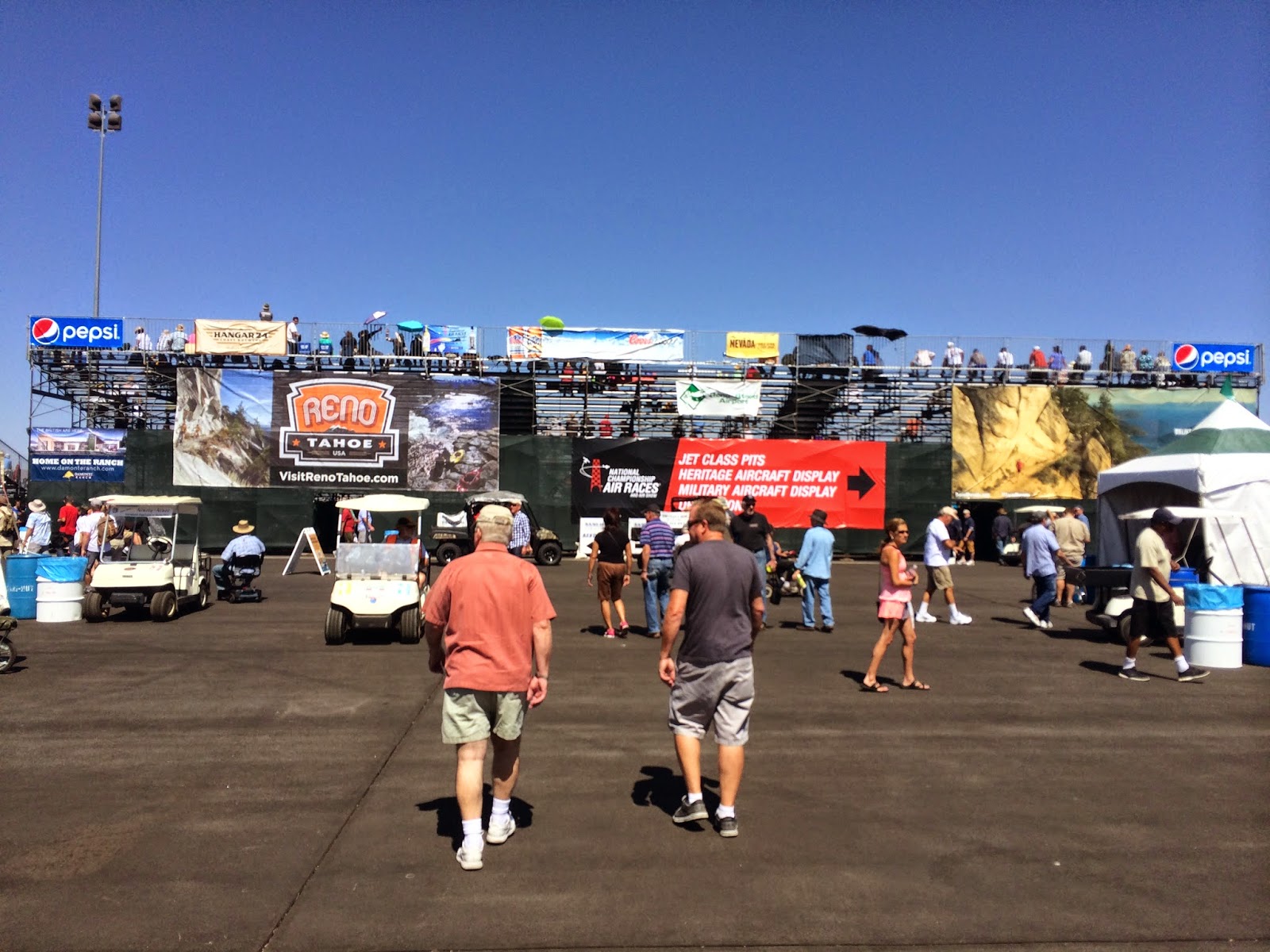 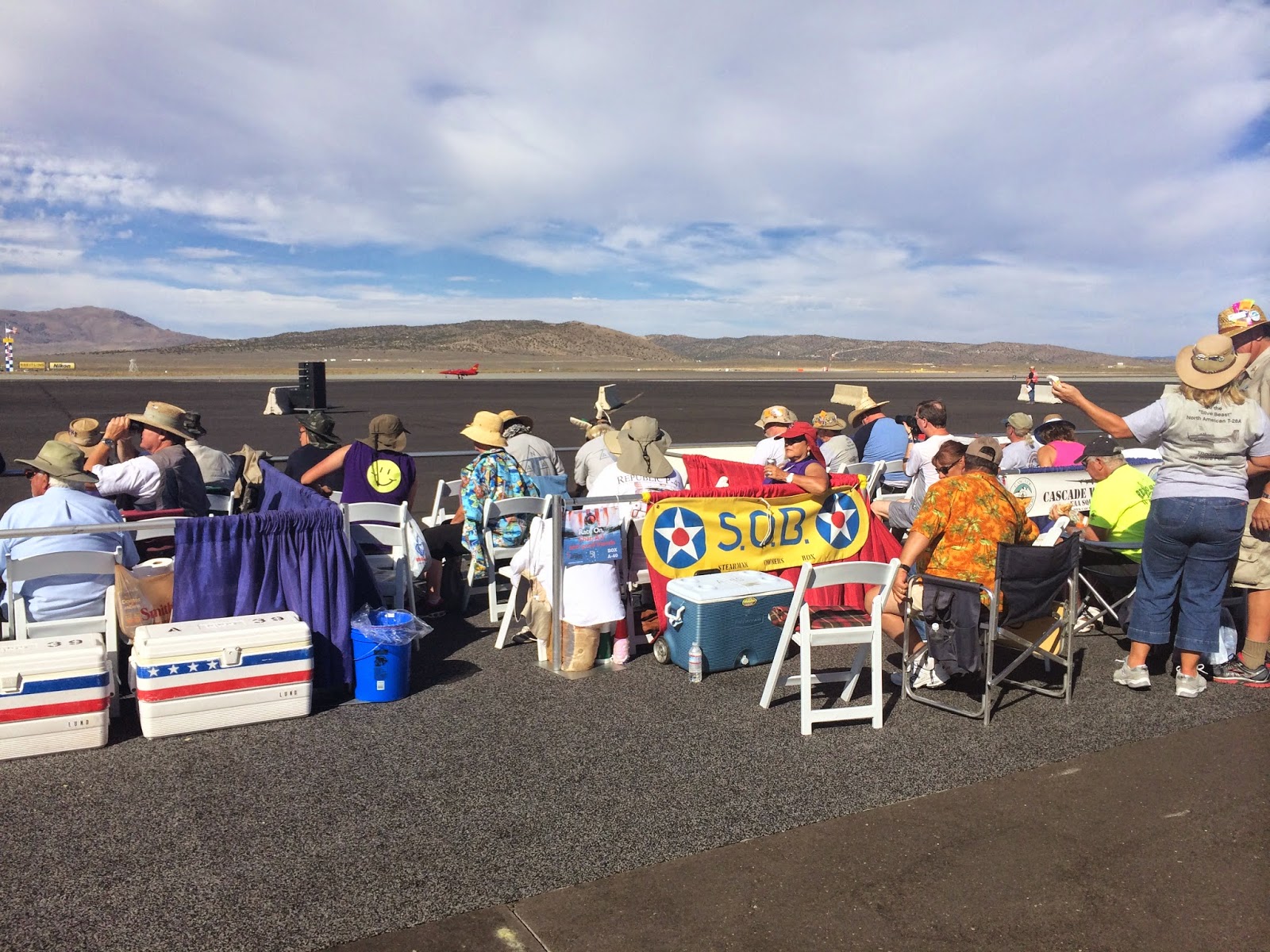 I knew we had good Box Seats, but had no idea just how good they were or the history that came with them until we arrived.  It was shocking when we walked into the grounds and walked right up to show center and into the first row Box.  The owner of our box had been going to the races for over 29 years and has had this box for much of that time.  He named it the S.O.B. Box, which of course stands for “Steersman’s Owners Box” and has a very recognizable banner on the box.  It truly was one of the best 2 or 3 boxes at the Races which made for an amazing show.  Also the box had a very dramatic history which effected all the people who had been going to the races and historically sharing that box.  You may have heard of the Galloping Ghost accident in 2011?  The most tragic accident at the races in history where the plane impacted in the box seat area killing several attendees.  Well that plane hit about 20 feet from the box, but the direction of the blast fortunately reflected away from the box to spare all the lives of the members in that box.  In fact, all neighboring boxes suffered deaths in the horrific incident.  I could feel the connection that all the S.O.B. members and neighboring boxes held based on that tragic event.  Also, it was eerie as so many  people in the neighboring boxes had prosthetics in place due to the loss of limbs etc. that happened in that accident.  It seems that these Air Race Fans are so dedicated to aviation and their losses from that day have somehow made them an even more dedicated and greater part of the air races and they continue to come year after year even post-accident.


We had Pit Passes too, which allowed us to go mingle with the teams and learn more about each aircraft.  I think I am team Rare Bear..  Such a beautiful plane ! 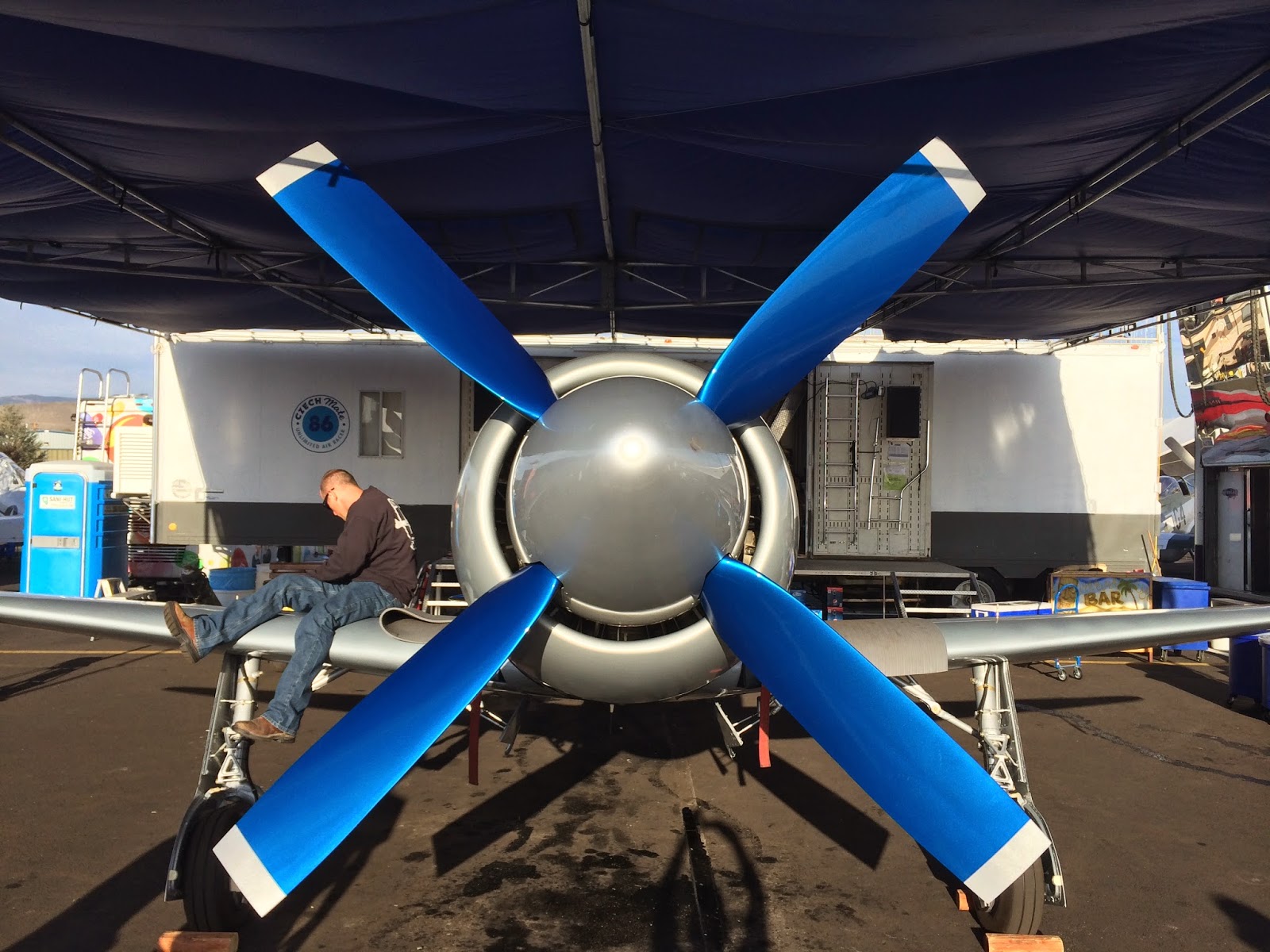 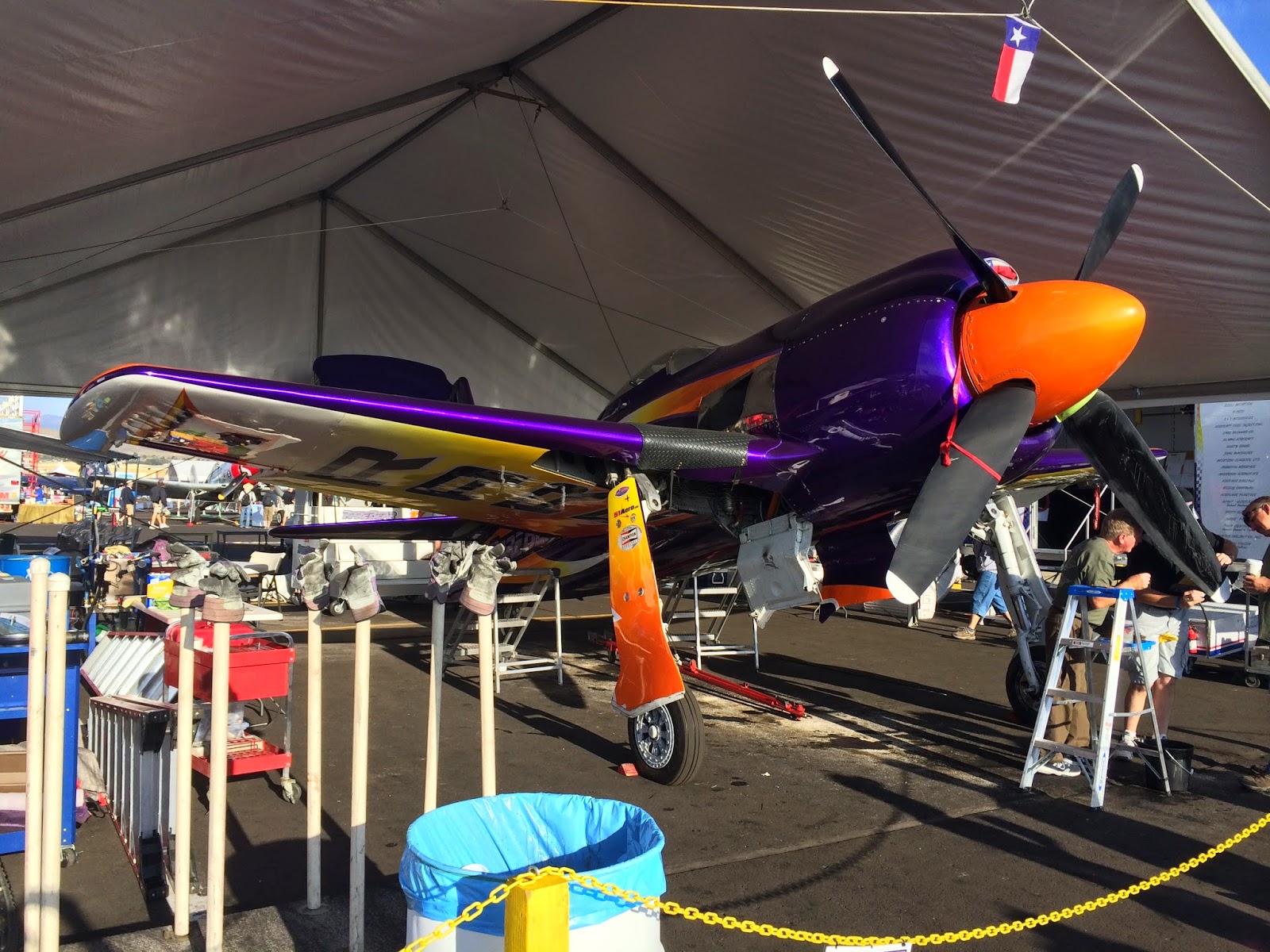 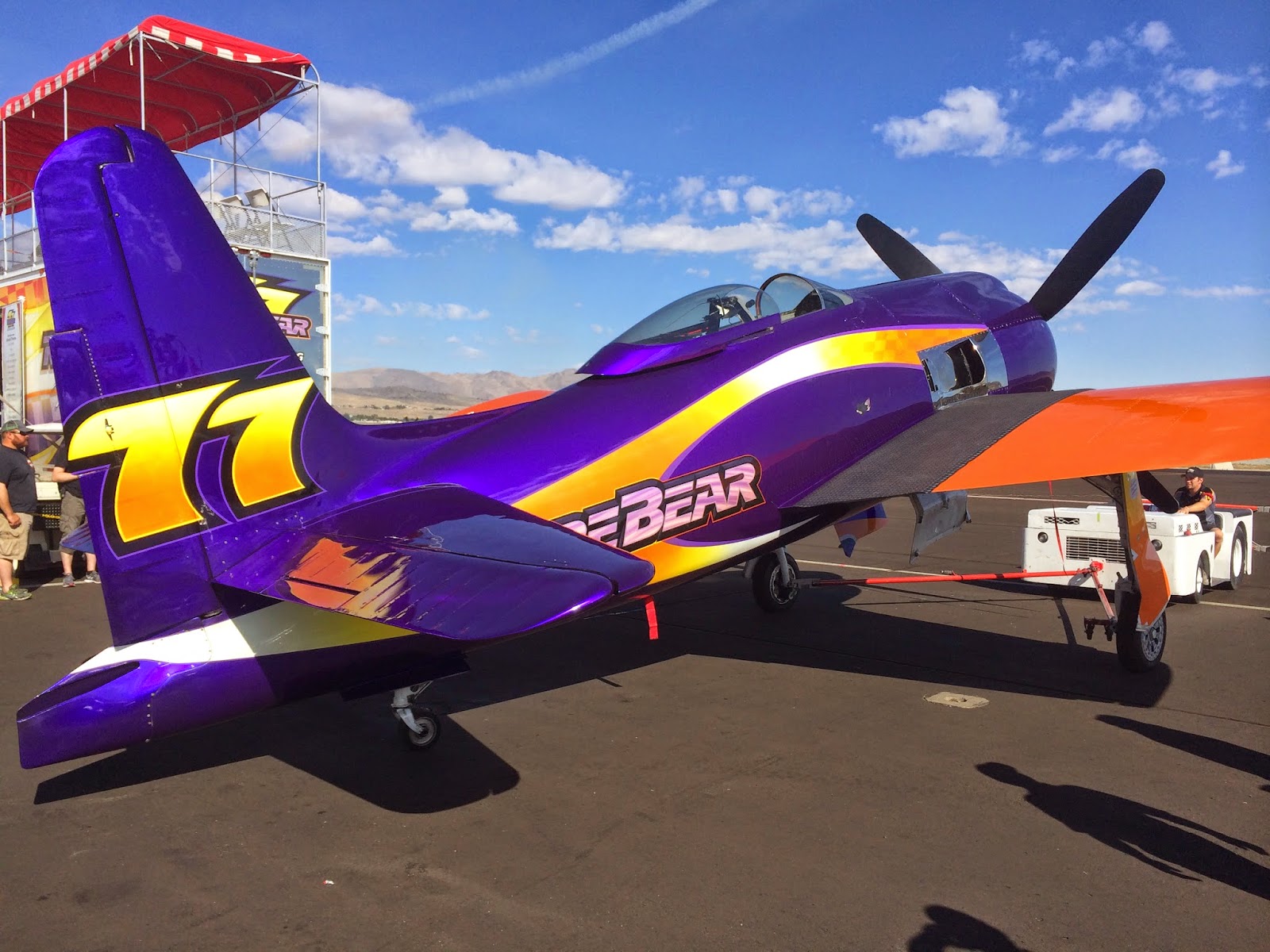 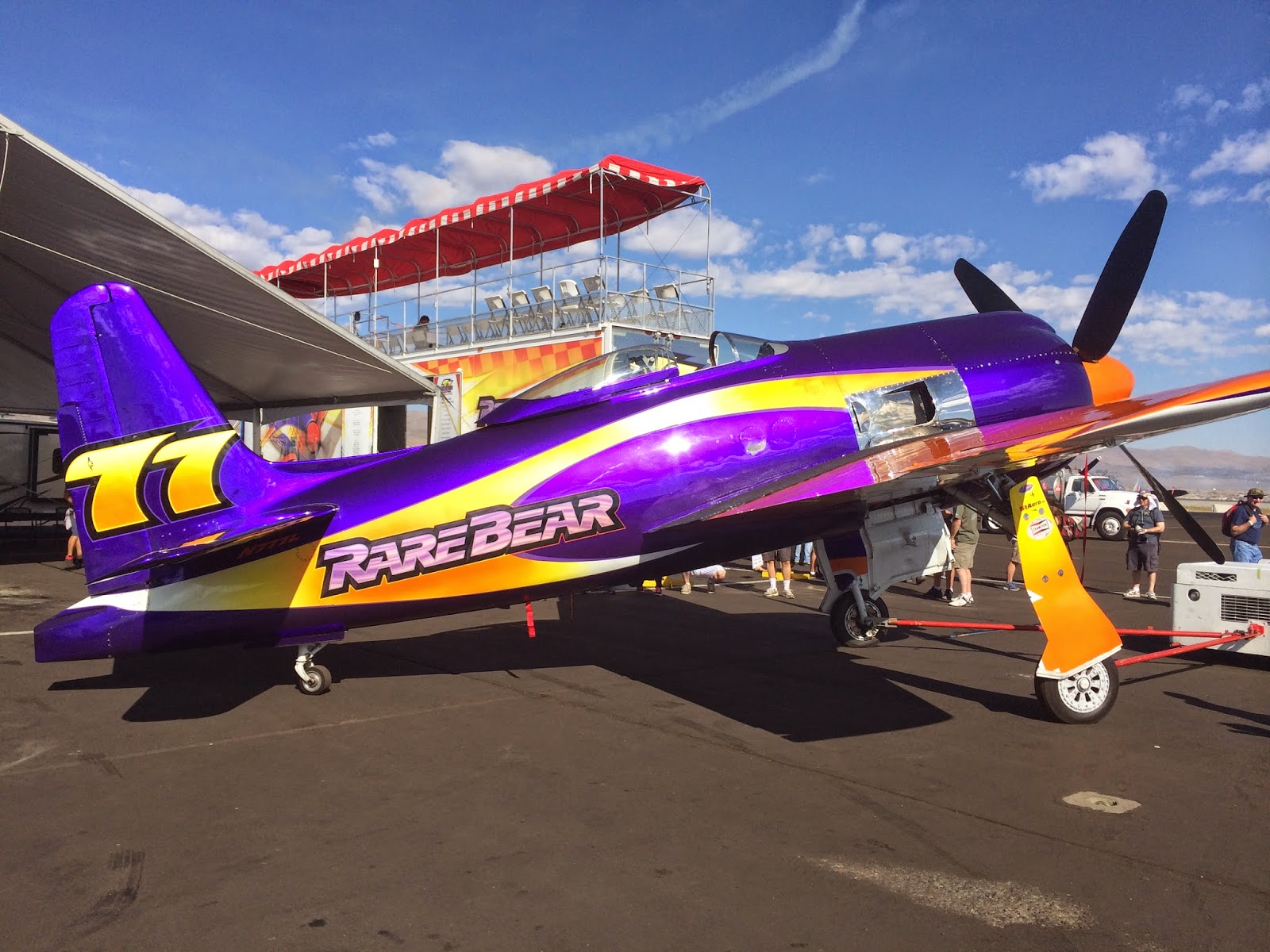 The final Ultimate Gold heat was great, although there were 3 mayday calls I think.  All landed safely but in the end it made for an interesting heat.  Rare Bear was one of the mayday calls, and of course Strega was out from the day prior, so a few of the big hitters didn’t even finish or compete in the last heat.   In the end it was Voodoo in First, followed by Czech Mate, with Precious Metal in 3rd.  Fourth was Dreadknot and due to a contested line break from Precious Metal, I think Dreadnaught ended up taking third in the end.   Quite an interesting end to the Air Races this year.
Here are a couple videos that are really worth watching:
"CLICK HERE"
Our trip home went as planned as well, except for even more smoke in the air all the way from Reno to Seattle.  Basically is seems the entire west coast is burning right now.  The only bonus was that Crater Lake was slightly more visible this time through and I got some photos of the lake with a friend whom we flew home with posing in his RV-7A.
Posted by Chad and Bekah at 2:19 PM No comments: 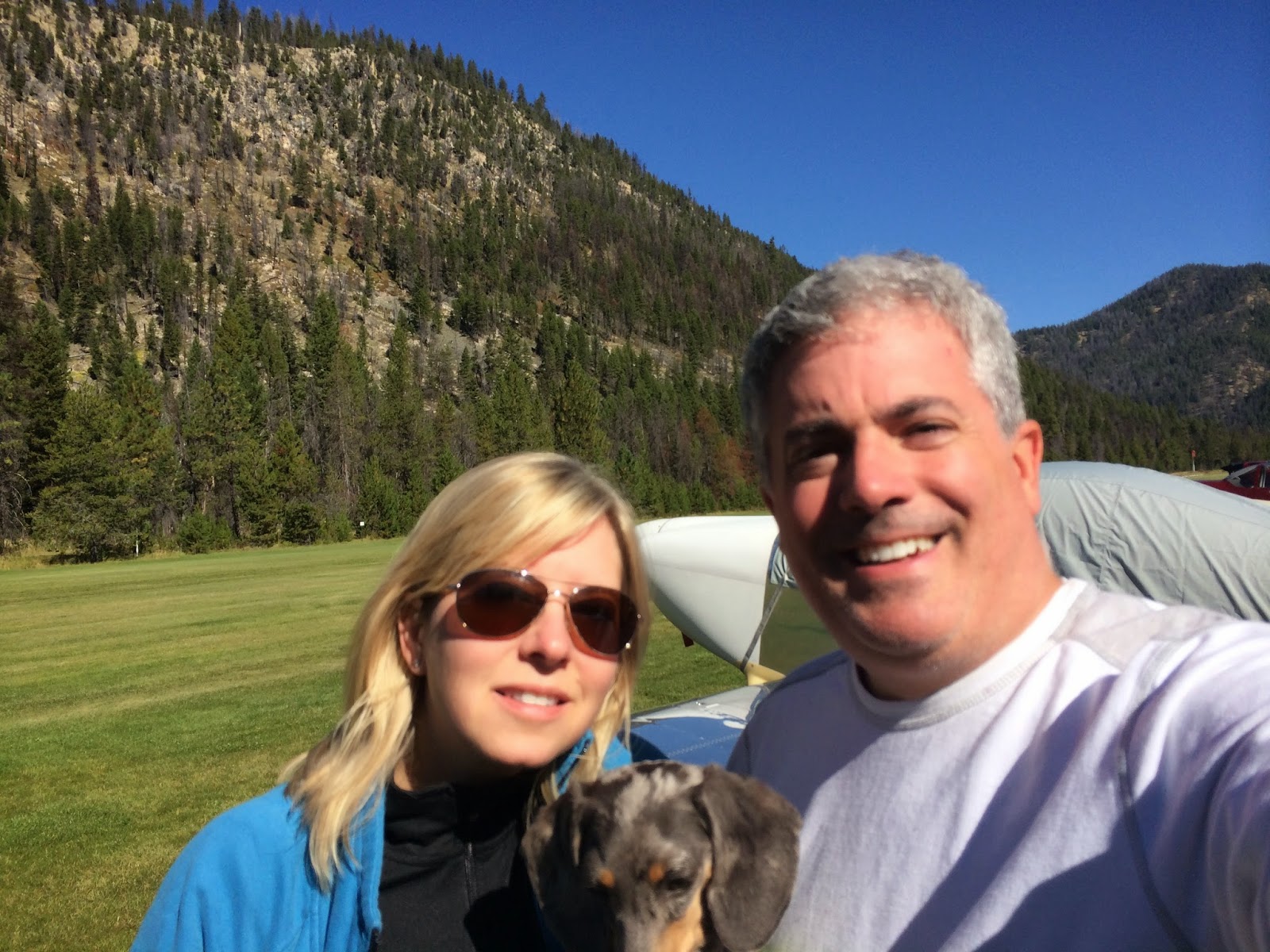 We have done a ton of flying this summer, but still have a couple more items on the list that we really wanted to hit.  Johnson Creek was one of them.  Johnson Creek is kind of a legend airport in the RV world that you really have to go to at least once in your life.  It is a very mountainous place and there is a recommended approach procedure to follow located “ here” that is designed to provide as much safety as possible.  I read the procedure back and forth, also watched a ton of videos that others have made to get as familiar as possible.  You definitely need to know your airplane and have some mountain flying experience before going in to Johnson Creek.  I had a Go Pro on the wing that actually captured a pretty amazing video that you can see below. 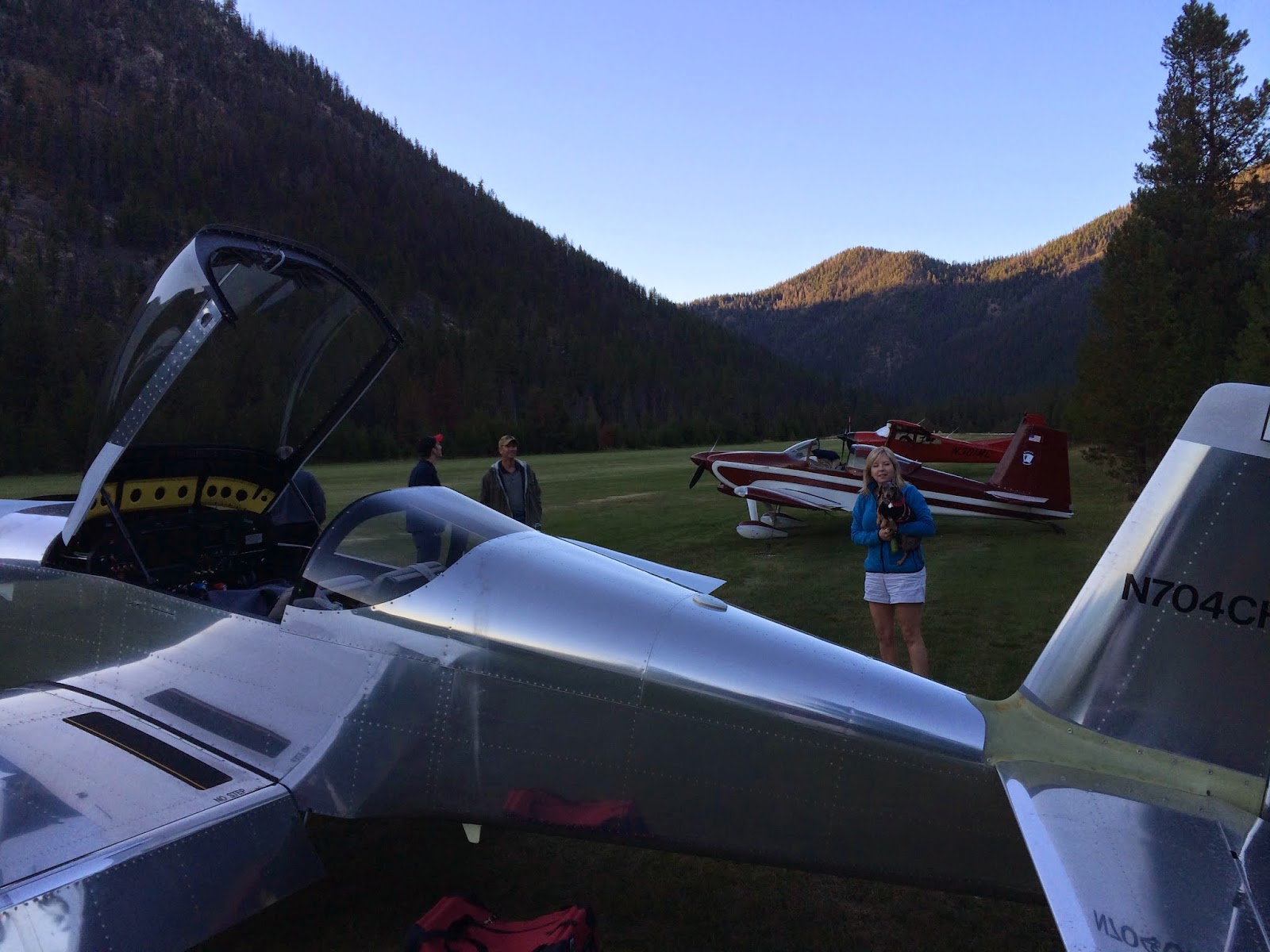 For this trip, we made plans with a friend who has an RV up at Arlington to meet up Friday at 4:00 in the air above Snohomish.  From there we flew together in a 10 knot headwind the whole way to Johnson Creek getting there about in about 2.5 hours.  As you can see in the video, it put our arrival right in the early evening which made for some great shadows in the canyon.  Bekah and I were shocked to see how serious this canyon is.  The canyon walls are much steeper and much closer in that even the video suggests.  It’s a wide angle camera lens so while it captures everything, in reality those walls and trees are much more daunting than even visible in the video.
Click here to watch the video !
After arriving we quickly set up camp and made a huge fire with the free firewood as the temps plummeted.  Overnight it got down into the 20’s, but then the next day as the sun came up over the canyon walls the temps shot up hitting about 80 degrees on our hike to the famous hot springs bath tub..   Here I am getting in my morning bath ;-) While Bekah, Scott and Casey get the famous foot soak.  Such a great trip and just amazing that we are lucky enough to do things like this. 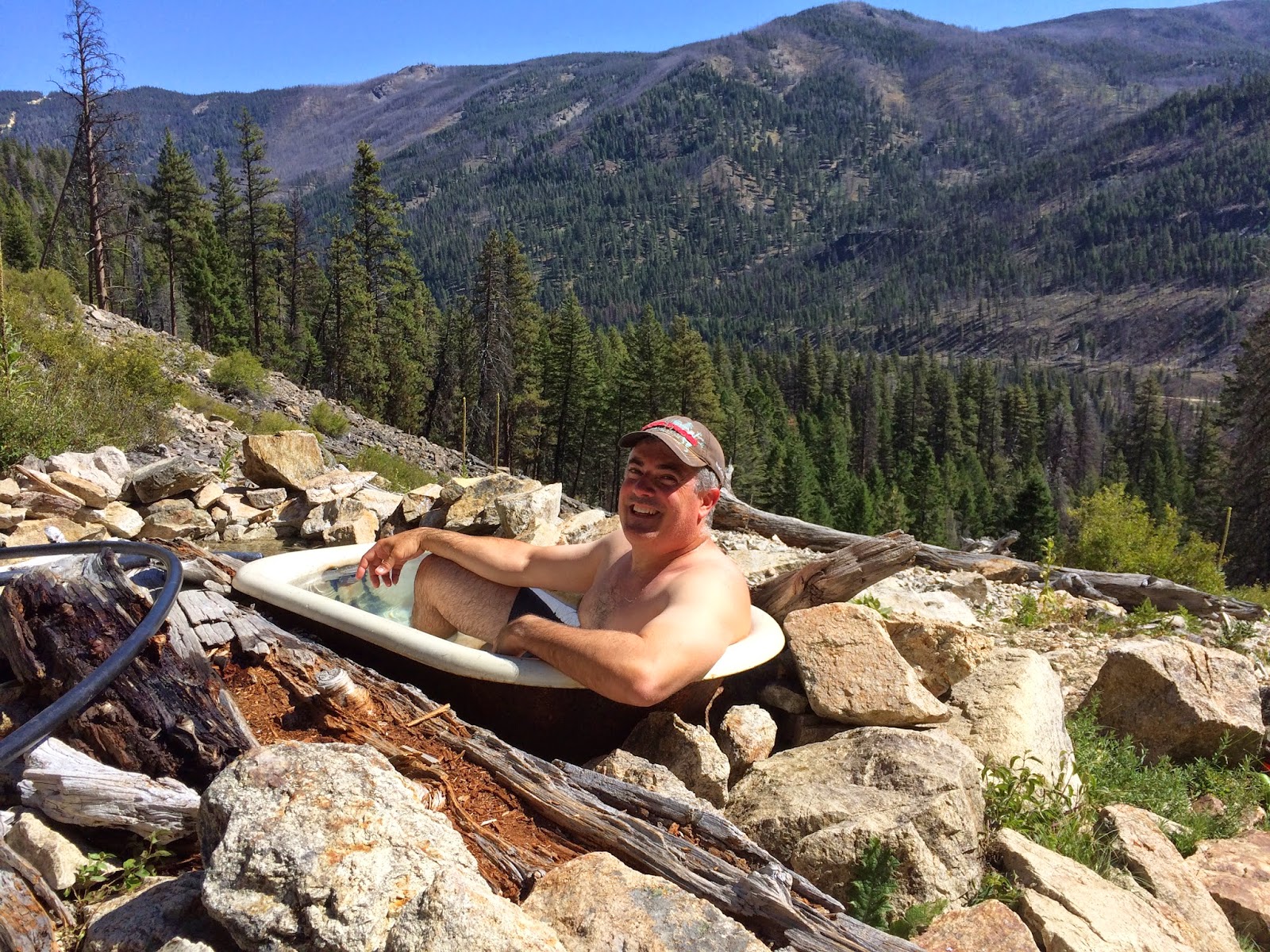 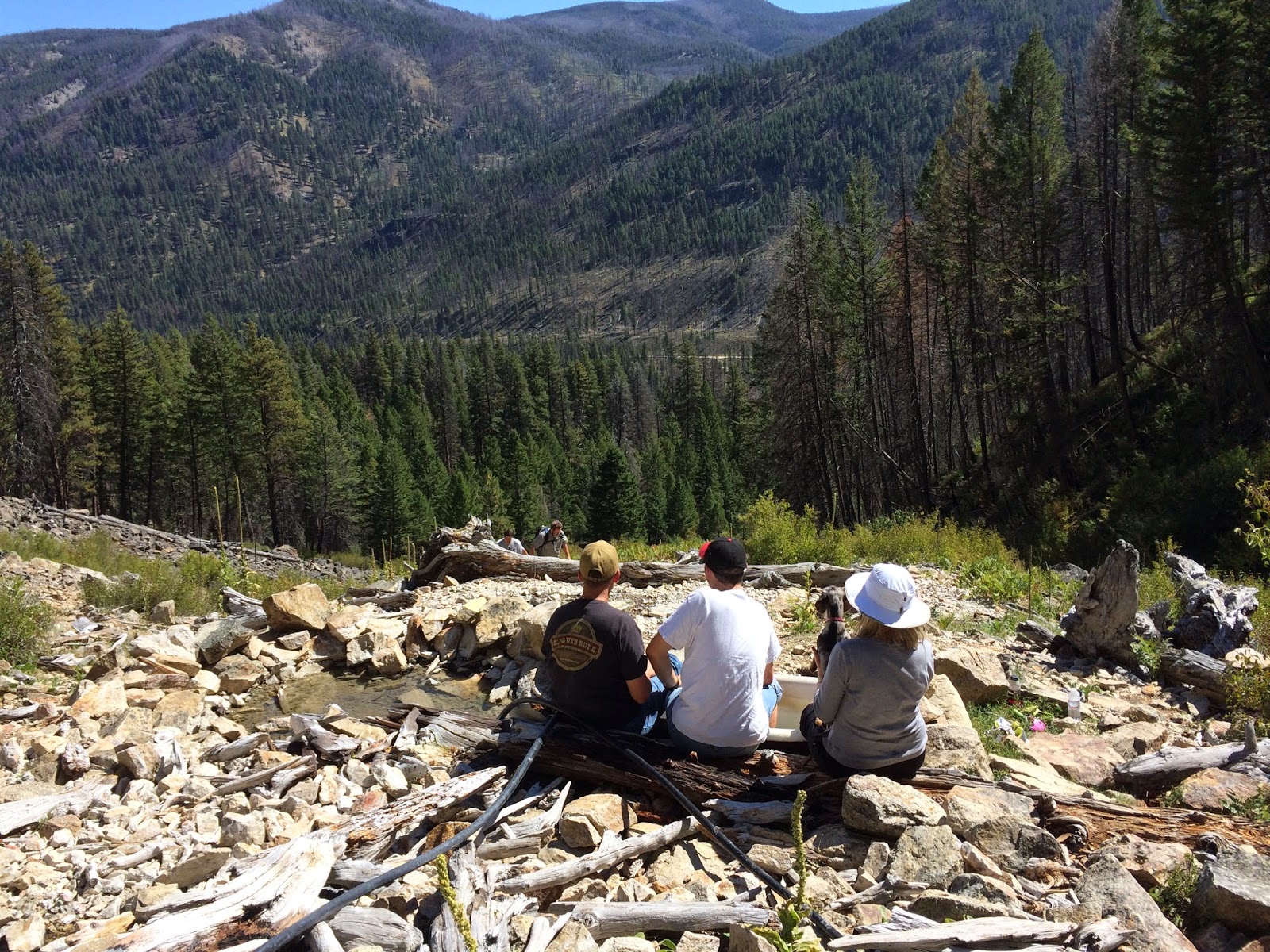 The Flight home was fairly bumpy as we departed mid-day in the high density altitude, and continued as we came across the Idaho mountains into Washington.  We refueled near Walla Walla and then shot across the Cascades in much smoother air making it home by late afternoon.  Amazing trip ! 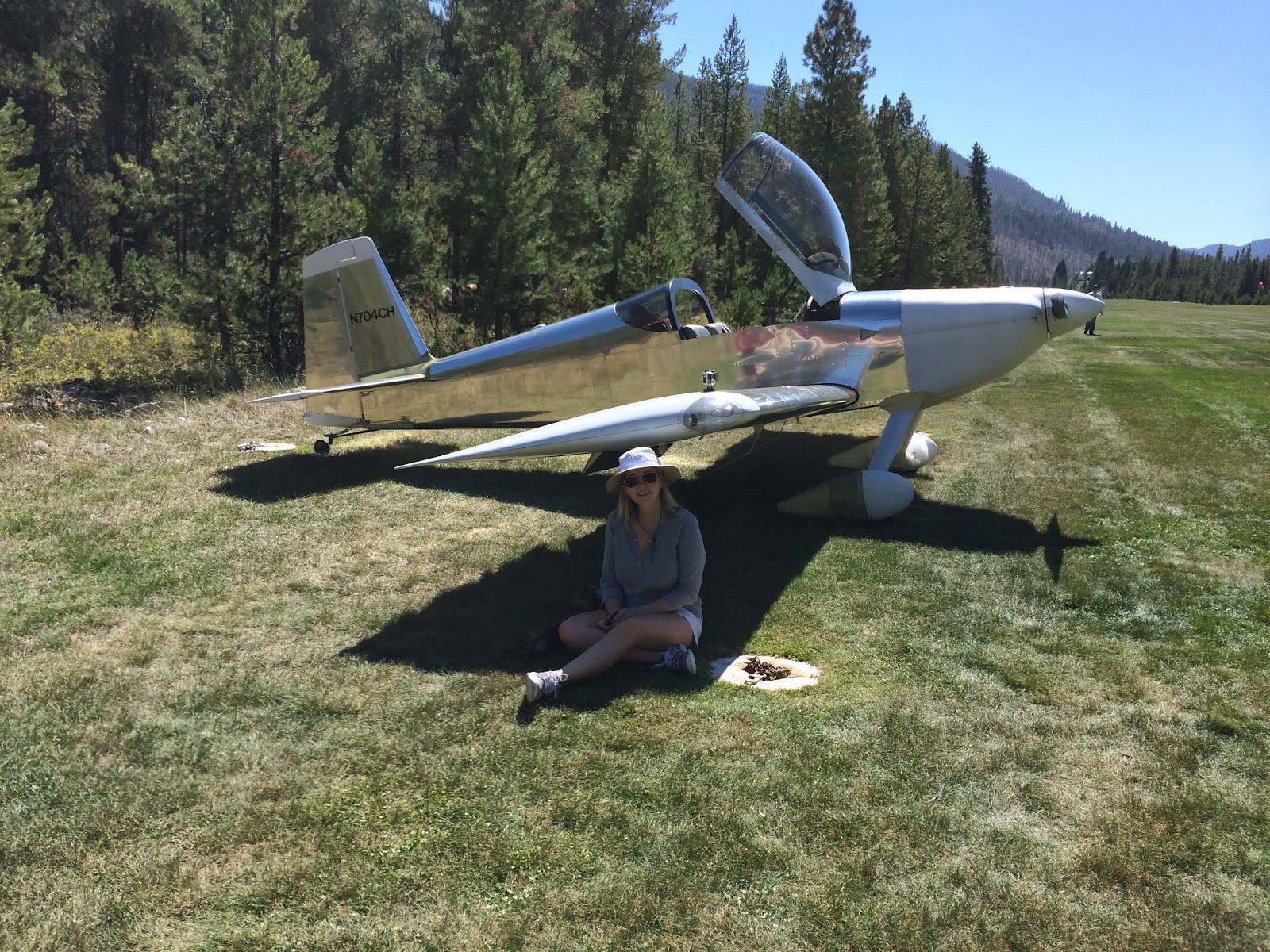 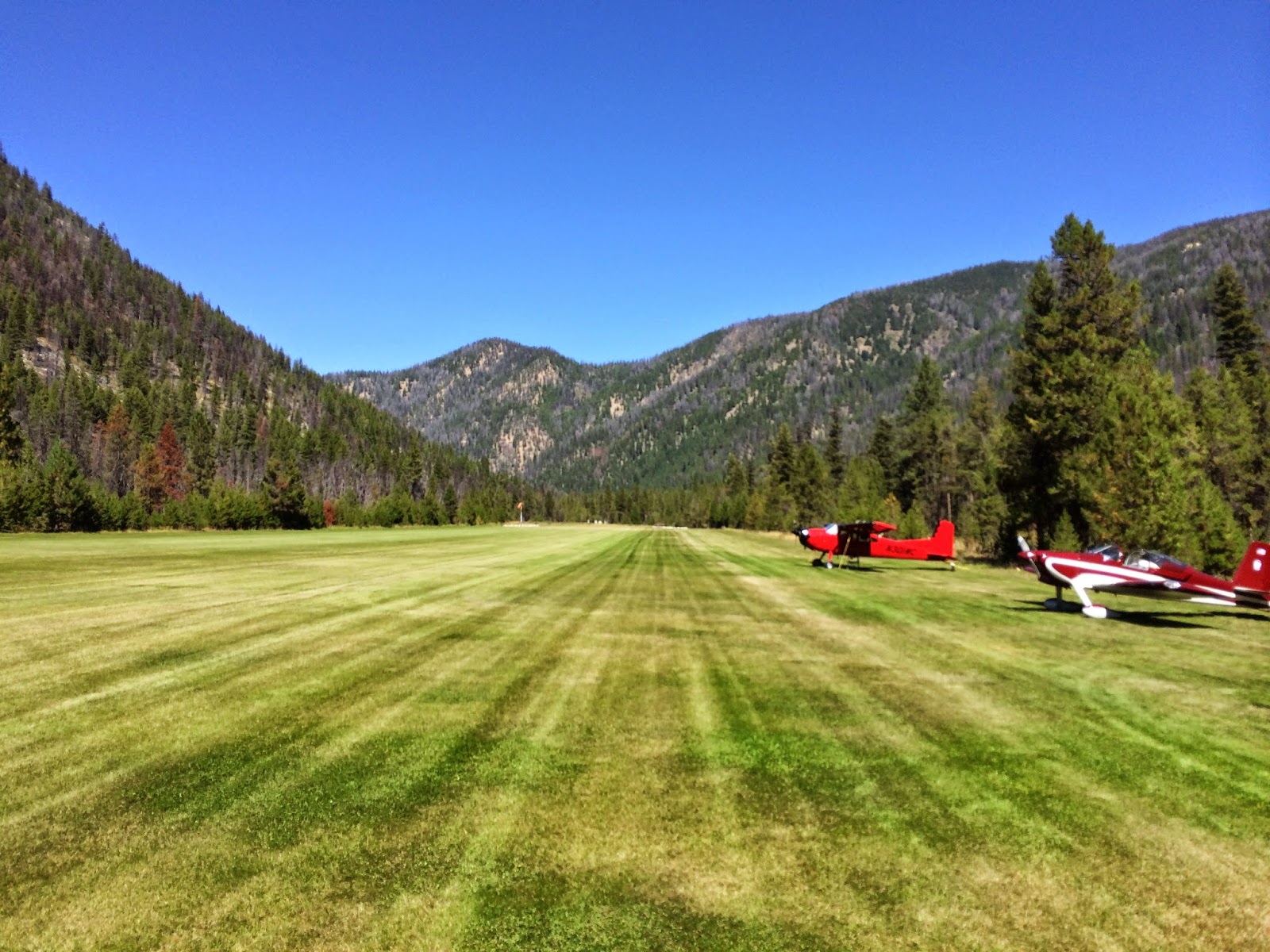