I continued to do some odds and ends, but mainly was able to get the ribs matched drilled to the spars on the right wing (Bekah's Wing). It needs to come apart like the left wing to get primed, but for now it looks like an airplane wing. 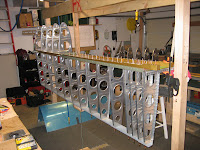 While I was at it on the right wing I worked on Bekah's Tie down. Simple work with the tap set from Lowes and "BoeLube" from Vans. I think that stuff is just wax, but did work out well and is now on the spar. 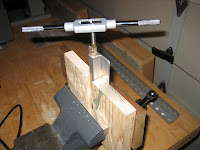 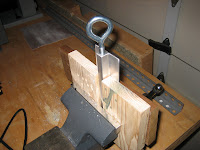 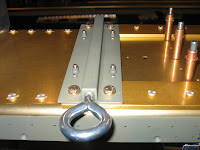 Other Builders be jealous ! Nice evening with Bekah and Levi in front of the TV Scotchbriting ribs.. (keeping the dust on the towel) We got the left wing done.. The next steps are prepping her ribs and doing the priming this weekend on all ribs if the weather cooperates.. 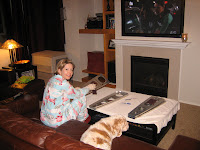