Last night I was able to attach the rear spar to the wing stand and tighten it down once I confirmed the wing was plumb. I noticed that when adding clecos to the top skins, it was easier to start from the center and work out towards the ends of the wing. This process kept the skin in best alignment with the skeleton.

I also checked the plumb bobs and loosened the rear spar every so often to make sure the wing was still straight and that there was no tension built up in the wing. At the end of it, I got the top skins on the right wing ready for match drilling which will happen tonight. Also, the rear spar can be completely loosened and the wing stays plumb.. Gotta like that.. ;-) 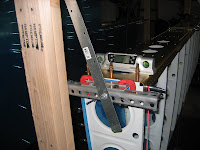 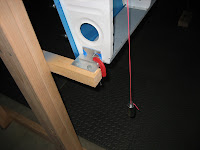 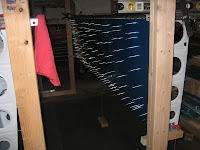