Big weekend as I finished all the misc parts of drilling the canopy and was able to tip it for the first time.  The only problem here is that I had to pull it out of the garage to do it.  I am able to tip it in the garage, but then can't open the garage, so will need to figure that one out as time goes by.. 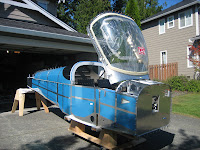 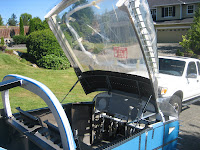 I also fit the rear safety latch and was able to see it function correctly.   I was worried with my mod to keep it from spinning freely if it would function as desired.  Now the only issue is I will need to use two hands to move the canopy from Taxi position shown below to the closed position.   Because the pressure of the spring I will need to push  up on the bow with one hand while I twist the latch with the other..  No problems, and its better than risking having the canopy slam shut, the latch turn and locking me out..  Which has happened to others.. 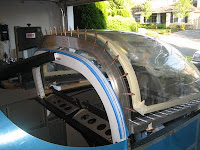 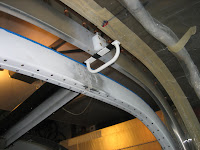 I also was able to start cutting the rear window.  got it to a point where the preliminary fit is pretty good. Will still need to trim it up quite a bit and as well completely trim and finish the edges on both the rear window and canopy. 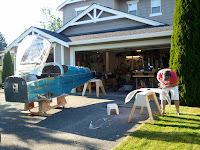 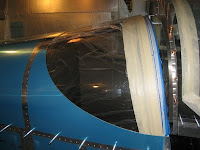 In case you wanted to see the messy details, below are all the slices of Plexi that I have made so far building this canopy.   I still have more timing to do on the rear window but this shows you the amount of effort involved in this project...  Ugh.. 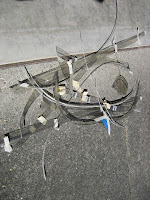