I have been out of town for a bit with my grandfather visiting Tucson for a "Mighty 8th" Aircore WWII reunion.   He is now 88 years old and was a Tail Gunner during the war in a B-24 Liberator of the 392nd Bomb Group.  His group was called the "Crusaders" and he flew in 35 missions total.  Towards the end of the war he was involved in 3 missions where they bombed Berlin itself ("The Big B").. It was an interesting reunion, hearing all the stories from the old guys who were there.  We also toured the Pima Air Museum and Airplane Bone Yard down there in Tucson.  It was a great time for sure; here are some pics of my grandfather next to his plane and gunner's seat during WWII on the B-24. 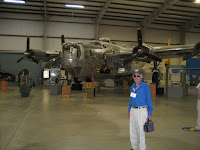 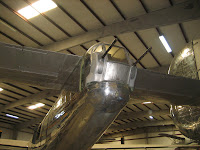 While I was down there, I also got some ideas about decals and paint jobs for the RV.  Lots of guys use Military Style paint jobs and they look pretty good..  While I might not do a full military job, I am sure I could fit the 8th airforce historical society insignia on my plane somewhere.  Or the 392nd bomb group and the crusaders insignia somewhere.

Regarding the RV, I have been continuing to work on the F-705 bulkhead and have all the top seat supports complete except for the piece of metal where I messed up the bend.   I have a new piece ordered from Van's and hopefully will be here end of week.  I think I may be able to finish this part up by the weekend and move to F-706, the next bulkhead down the line. 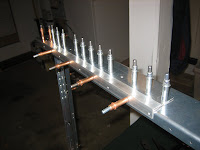 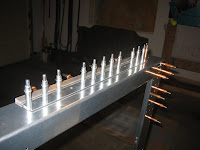