This weekend I really dug into the front ramps and snorkel.  To limit the number of pieces I have been dealing with I primed and started to rivet the baffles together.  The front ramps were at a point where I figured I could rivet them now and not get in trouble later, but I did leave several rivet holes open in case I need to drill some out later.  These went together pretty well and now much fewer pieces and fewer clecos to mess with...  I also did a few things not pictured like initial fitting of the Blast tube duct for the alternator, and small clips on the baffles in the center section, but you will see those in future posts I am sure.
Most of my work was on the induction snorkel.  I pretty much fit and riveted all the filter mount angles to it, except for the outer most angle.  I will drill that one once I do a bit more research.  I used a bit of proseal in the seam and also in the gaps between the metal junction to ensure no air gets in without going through the filter.  I also glassed in the bubble made for the alternator and cut the hole for the emergency air bypass which is used to allow air in from the engine compartment in case my air filter gets iced up or otherwise blocked in flight.  This took a few iterations of fiberglass work and “flox”, which mixed with the fiberglass and is super strong, so that you can actually pull rivets into it.   Also, it makes up for where the snorkel assembly isn’t perfectly flat, allowing the bypass collar to be set in flush.  Pictures will help explain that one.   Once this all dried, I put a bit of filler around it and will sand everything down later today. 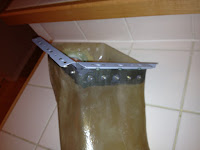 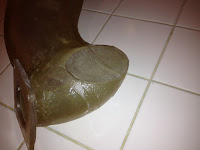 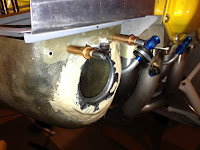 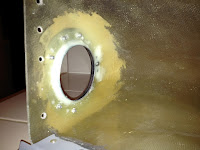 I realize the above fiberglass isn't that pretty at this stage, but will be sanded and painted later so realize it is built well and will look good after a few more iterations.  ;-)