Avionics Fired up and no smoke !


I am not out of the woods yet, but I did reach a little milestone this weekend where I fired up the avionics and kept all the smoke in the wires.  Everything went well, although I used my back up circuits to power most of the avionics..  But it’s good to know that the backups work. 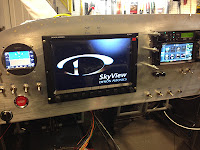 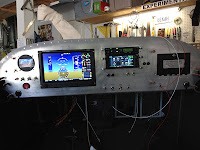 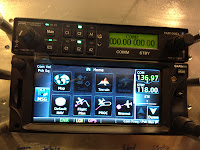 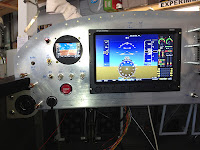 In my case I am choosing to back up 4 instruments in case of an electrical problem.  The Skyview has its own back up battery so I am not going to back that one up.  My theory on back up is only back up for a single failure..  Backing up for multiple failures is not prudent in most aviation circumstances.   A multiple failure would be something like backing up the backup battery of the Skyview.


The four instruments I am backing up in the case of a total electrical failure are below.  I chose these instruments because in the event of a failure, if they are the only ones available on battery power I could still get safely to a safe landing spot. 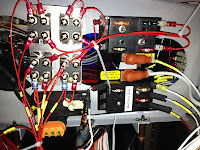 Since I have a VP-X I had to separately isolate all four circuits so I am using a set of diodes similar to Jason’s project.  You can find his build site from the home page of my site.  Anyway, these are basically like one way electrical valves that keep electricity from back feeding the entire system when the essentials bus is turned on.  You don’t want to back feed the whole system because it would drain the battery too fast and also probably blow the switch because my e-bus switch is only a 30 amp switch.  Anyway, long story short when I flip the e-bus switch it bypasses the VP-X and runs power straight from a connection on the battery to these four devices.  This would be necessary in case of a total VP-X failure, or a master contactor failure or any wiring failure upstream of the VP-X.   So there are lots of reasons to have this safety feature.

In this pic, you can see the diodes where you have the Gemini and audio panel on the top and the GTN Com and Nav on the bottom.  I will need to label them and clean them up a bit..