Right Tank done! - Happily on to next part of the project..

Today was a great day.   I am done with the right tank.  No more black death for quite a while (months or years even.. !)  Just wait now for it to dry and next weekend pressure test it.

Even on the second tank, the baffle install was tougher than I thought.   Don't underestimate this last step in the tank install.   Riveting that root Z-bracket onto the tank was impossible on both tanks.  Probably in the future I would use Cherry Max Pop rivets here.  Save a few drilled out rivets. 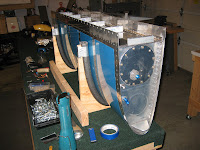 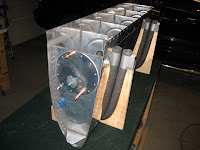 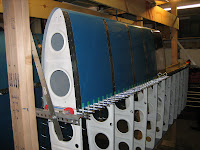 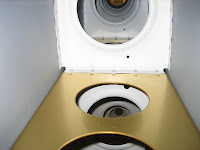