No More Clecos on the Cowl !

I have been pretty busy epoxying and riveting the cowl over the last couple days and today before running into work it had cured enough to set it on the plane.   Looks really good and I am excited about it for sure, but I did learn one important point.    Don’t let epoxy ooze out between the hinge eyelets.   I thought it wouldn’t be a problem, but the other hinge join interferes just enough to make it very difficult to slide the connecting rod in place.   I have a small dremel bit that I will use to clear out the excess, so I will be fine, but would have rather avoided the extra work. 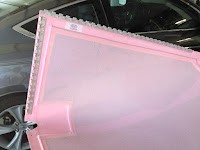 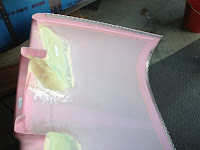 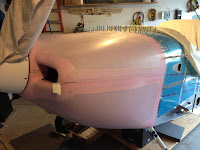 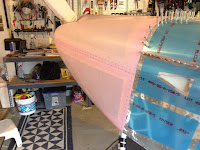 I also was able to install the nutplates on the center cowl join.  I used two for now on each side and may add 3 later, but there is a conflict with the flywheel that I want to avoid.  Others have stuck with two and have had no issues.  I didn't use epoxy here in case they needed to be replaced in the future. 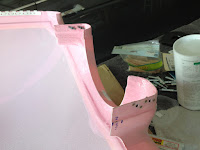